Coronavirus effects on tourism in Italy

Italy’s tourism sector generates over 13 per cent of the country’s wealth. It gives work to 3.5 million people. So however distressed you may be at the thought of renouncing your spring or summer break in the Bel Paese, rest assured that Italy is infinitely more upset at the knowledge that you won’t be coming.

Still smarting from its brutal struggle to bring coronavirus contagion levels down, Italy is taking all possible precautions to prevent steps backwards. The ban on non-essential movement out of your town of residence will be lifted in most regions in early May. If all goes to plan, Italians will be able to cross from one region to another from May 18. For the time being, a mandatory two weeks’ home quarantine for – rare – arrivals from abroad remains in place.

Hotels in Italy were never ordered to close, but very few have continued operating. “All my bookings till the end of June have been cancelled,” said Sandro Ferrari, owner-manager of the three-star Al Ponte Mocenigo hotel in Venice, where the pandemic came on the heels of a vertical drop in arrivals after last November’s exceptional high tides in the city. “And I only have four or five bookings through to October. This year is going to be difficult“.

Italy’s tourism federation, Assoturismo, said up to 90 percent of hotel and travel agency bookings for March have been cancelled in Rome and up to 80 percent in Sicily. 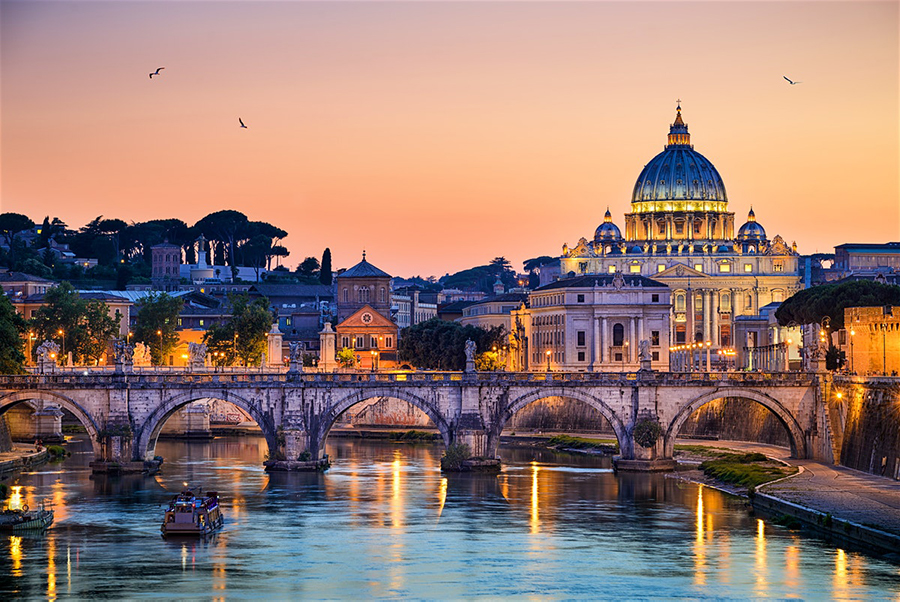 Ori Kafri, whose five-star JK Place hotels in Florence, Rome and Capri cater to a predominantly international market, is resigned to a very different clientele for 2020. “We’re hoping for the best and planning for the worst,” he said. “I suspect this will be the year when Italians rediscover – in some cases discover – their own country.”

According to a survey done for Confturismo, seven out of 10 Italians think the crisis will be over in two or three months. Nearly half say they would then be ready to go on holiday somewhere in Italy.

Across the sector, operators are hoping for a helping hand from the government. “We’re working towards giving serious incentives to tourism sector companies in our next law decree, and we’re looking at incentives to help medium- to low-income families take holidays this year,” culture minister Dario Franceschini said earlier this week in an interview on the RAI public broadcaster. Measures have yet to be announced.

As tough as the 2020 season threatens to be, some in the sector are hoping for positive changes going forward: when visitors do eventually return to Italy, they say, they will find that things have changed. “Now we have time to get our house in order,” commented Venetian tour guide Luisella Romeo.

For Sara Magro, this year’s upheaval may force Italian tourism sector operators to spread their focus from the traditional high season, keeping structures open year-round to cater to smaller, more socially distanced numbers over a longer period, with a more varied range of offers.

“Big numbers just won’t be in fashion,” she predicted. “It won’t be an elitist thing. People will simply be asking themselves ‘is it safe?’ They won’t want to be herded like cattle. Which means that they’ll want to go to uncrowded places, seeking different experiences. And Italy, luckily, is full of those.”

RELAIS VILLA LA TRINITÀ - P.IVA 01665360564
By continuing to use this site you consent to the use of cookies on your device as described in our cookie policy unless you have disabled them. You can change your cookie settings at any time, but parts of our site will not function correctly without them.OkRead more